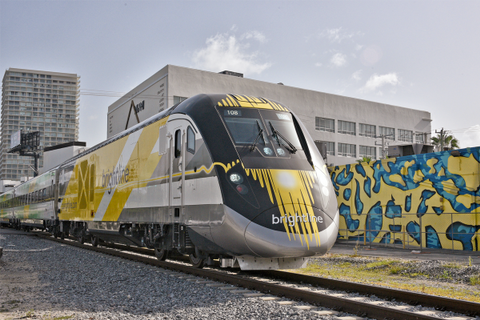 BOCA RATON, FL – December 11, 2019 – The Boca Raton City Council has approved a long-term land lease with Brightline, soon to be Virgin Trains, for the construction of a train station and parking garage near the City's Downtown Library.  By the end of 2020, Boca Raton is expected to be the third new station in the company's south corridor, joining Aventura and PortMiami in connecting the privately-operated, intercity rail system. Current stations and stops include West Palm Beach, Ft. Lauderdale and Miami.

“We pursued an opportunity to be included in this major transportation network and have seized the moment,” said Singer. “Many community partners have discussed how this train station is a game changer and puts us on the map. Once open, these vital transportation upgrades will provide benefits to Boca's residents and businesses and will advance the long-term future of our thriving, progressive city.”

Brightline will begin building the train station, which it will fully fund and operate, on a 1.8-acre site near Palmetto Park Road and Dixie Highway in 2020, as a rail-ready connection to the $4 billion, 170-mile intercity train system. The City will fund most of the of the design and construction of a 455-car parking garage for train guests and the public. Brightline will be responsible for all the operating expenses of the garage and the parties will split the profits.  Library visitors will have dedicated, covered, parking on the first floor, which will be complimentary.

“I want to thank Mayor Singer and the entire city council for getting this project done. As South Florida continues to grow, a Virgin Trains' station in Boca Raton will add greater connectivity between our South Florida region while taking cars off the road. Expanding Virgin Trains in Boca Raton will serve as a catalyst for economic growth by creating jobs and bringing new visitors and spending to the area.”

Brightline is currently operating between Miami and West Palm Beach with nearly two million riders. Construction is underway to connect South Florida to Orlando in 2022.

“With trains already passing through Boca, our residents will now enjoy the benefit of a station that connects us to the region,” added Singer. “It's a great win for our residents, commuting professionals, major employers, tourism, and our City's presence.”

About Brightline:  Brightline is the first privately funded passenger rail system in America in over a century. Brightline is designed to reinvent travel and take cars off the road by connecting city pairs and congested corridors that are too close to fly and too long to drive. Providing fast, efficient, hospitality-driven transportation featuring the latest in customer-friendly amenities, Brightline currently operates in Florida between Miami, Fort Lauderdale and West Palm Beach, with plans to expand to Orlando, Boca Raton, Aventura and PortMiami. The company is also on track to break ground between Las Vegas and Southern California in 2020.

About Boca Raton: Boca Raton, the second largest city in the Palm Beaches, is a community where history and innovation come together. Boca Raton was built around an elegant Mediterranean Revival style that later grew into a vibrant city full of rich art and culture. From live concerts and international art exhibits to outdoor festivals and world-class museums, Boca Raton's dynamic cultural scene offers unique experiences for all ages. Boca Raton has five miles of beautiful Atlantic coastline and 46 parks with 1,650 acres of recreational space to encourage a healthy and active lifestyle.

Boca Raton also has a thriving business community that was pioneered from the development of the personal computer (PC) at the Boca Raton-based IBM campus in 1967. Today, over 30 corporate headquarters, from innovative startups to large corporations, call the City of Boca Raton home. The Boca Raton Airport offers a customs facility that welcomes travelers from all over the world, conveniently putting them minutes away from business centers, entertainment, world-class dining and one of South Florida's top luxury shopping malls that features a mix of upscale specialty shops and department stores.

Boca Raton has three nationally ranked universities and an abundance of A-rated public and private K-12 schools that ingrain education, research and innovation into the community. With a homegrown, educated workforce to build from, entrepreneurs and startups thrive in Boca Raton's climate.

A true “full service” city, Boca Raton is consistently recognized for being one of the safest cities to live in and for having one of the lowest property tax rates for a full-service city in Florida. Boca Raton is an outstanding place to live, work, learn and play.